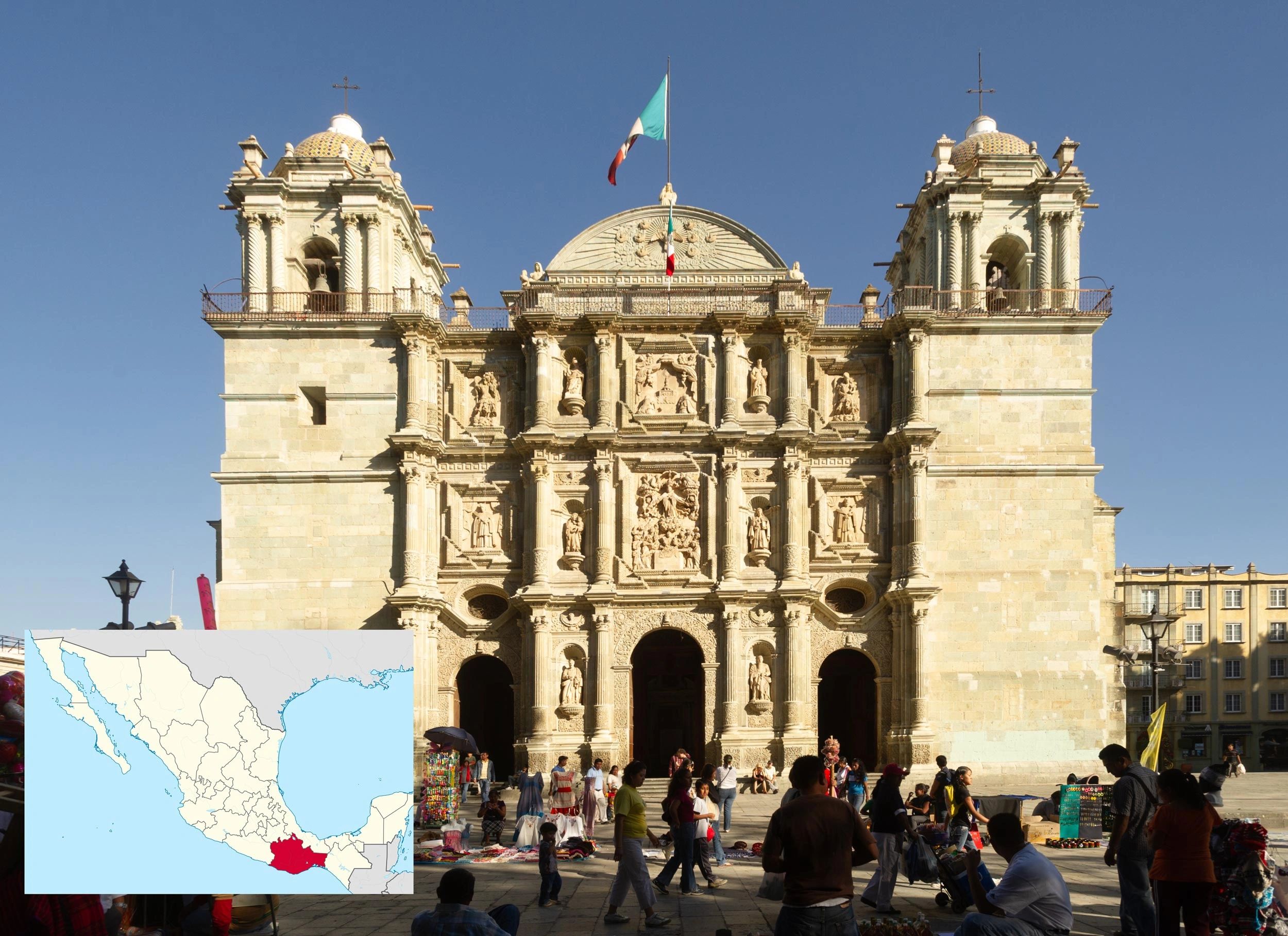 Oaxaca is a land of superlatives. It is one of Mexico’s most beautiful states, and its most biodiverse, rising the Pacific Coast, crossing the vertiginous Sierra Mixteca, descending into the freshness of the verdant central valleys, at whose center sits the city of Oaxaca, and rising again to the crests of the magnificent Sierra Madre, where it collides with the states of Vera Cruz and Puebla.

The diversity of terrain is accompanied by a diversity of people. Oaxaca is most indigenous state in Mexico, recognizing 16 pre-Hispanic tribal communities, from the Zapotecs of the central valleys to the Triqui of the Mixteca. At least a third of Oaxaca speaks an indigenous language.

Many indigenous communities get by on subsistence agriculture. All have lost some of their population to Oaxaca and other cities in Mexico, where they work at manual labor or as street vendors know as ambulantes.

In tourist centers, like the city of Oaxaca, where the historic city center is preserved in all its 16th century beauty and visitors flock to sample mole and mescal, and along the coast, which draws surfers and sunbathers from all over the world, a vibrant economic hum disguises the state’s churning poverty and lack of education: Sixty-one percent of Oaxacans lives below Mexico’s poverty level, and a quarter live in extreme poverty; more than 16 percent of the population can’t read or write, more than double the national average.

This is Oaxaca’s dilemma – amid so much beauty, there is so much need. The story of Oaxaca Streetchildren Grassroots begins with that need.

Oaxaca at a Glance: